Have you ever driven past a sign like a million times before finally your curiosity gets the better of you and you finally stop to see what all the fuss is about? That’s what happened to me Sunday. Though by “fuss” I mean, a tiny little sign attached to a pole below another sign. I have driven past said sign about a million times on the drive between Nashville (Indiana, not Tennessee) and Bloomington. I finally decided to take the afternoon, follow the sign’s advice, and turn left to visit T.C. Steele State Historic Site.

Theodore Clement “T.C.” Steele lived from 1847-1926. He is one of the best known American Midwest Impressionist painters to come out of Indiana. He and his second wife Selma, spent at least part of the year in the home they built in Brown County from 1907 till their deaths.

T.C. Steele State Historic Site protects their house, T.C.’s studio, Selma’s gardens, a preserved cabin, guest cottages, and the surrounding 211 acres, including the Selma Steele State Nature Preserve. One of the guest cottages was actually removed and a brand new visitor center is being built in it’s foot print. The Singing Winds Visitor Center will include modern conveniences like bathrooms with sinks and flush toilets. Currently there is no running water on site and the only facilities are two of the cleanest pit toilets I have ever seen.

Tuesday-Sundays tours are given of Steele’s Large Studio and the House of the Singing Winds.  I arrived a little before 12 and took the 12:15 tour. It costs $7 for adults. I was the only visitor  there to take the tour so Tour Guide Pam gave me my own private tour. The large studio houses a rotating collection of T.C.’s works ranging from his time as a student in Germany painting portraits to landscapes painted during last 18 years of his life spent in Brown County. His paintings are beautiful. His signature in the bottom right hand corner of the paintings looked extremely familiar to me. When Tour Guide Pam told me that T.C. was one of Indiana University’s first “Artists in Residence” it dawned on me. His work is featured in the hallways of IU’s Memorial Union. A total of 14 paintings, Tour Guide Pam said. I’d spent 3.5 years admiring his paintings without even realizing it was sign to his house that I kept passing.

T.C. and Selma gave their home the name “House of the Singing Winds” due to the way the wind would hit the screens of the porches and cause a “singing” sound. The house was added onto twice during the Steele’s time there. Selma kept very descriptive journals, so a lot is known about their lives. It was fascinating listening to Tour Guide Pam tell some of their stories.

After the tour, I walked down the hill from the house to the restored gardens. I was consulting my map while walking, looked up, and there was a young (couple years old by my guess) deer headed my direction. I stopped. It stopped. There were about 12ish feet in between us. I’m still not sure who was more startled by the other one’s presence. He / she was beautiful. After it recovered from it’s shock and ran away, I continued on down to the gardens. Before Selma and T.C. came to the area 90+% of the trees had been logged to create room for farms and the deer hunted nearly to extinction. Selma didn’t have to worry about deer eating her gardens because there were none. Now her gardens have had to be re planted and protected by a very tall fence so the deer don’t make lunch out of the plants. 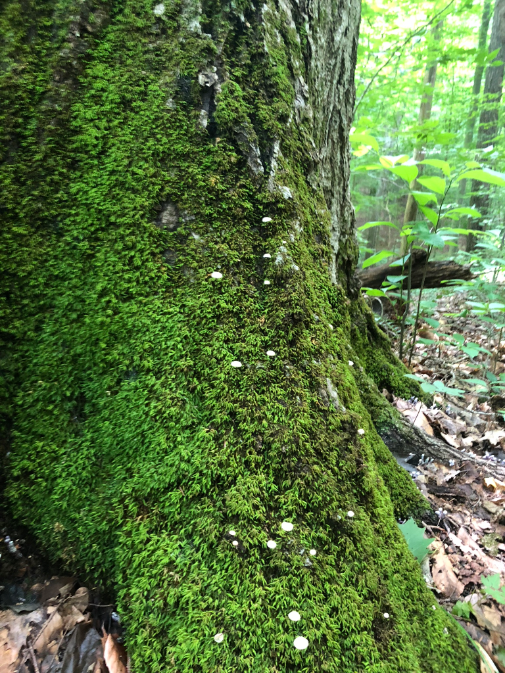 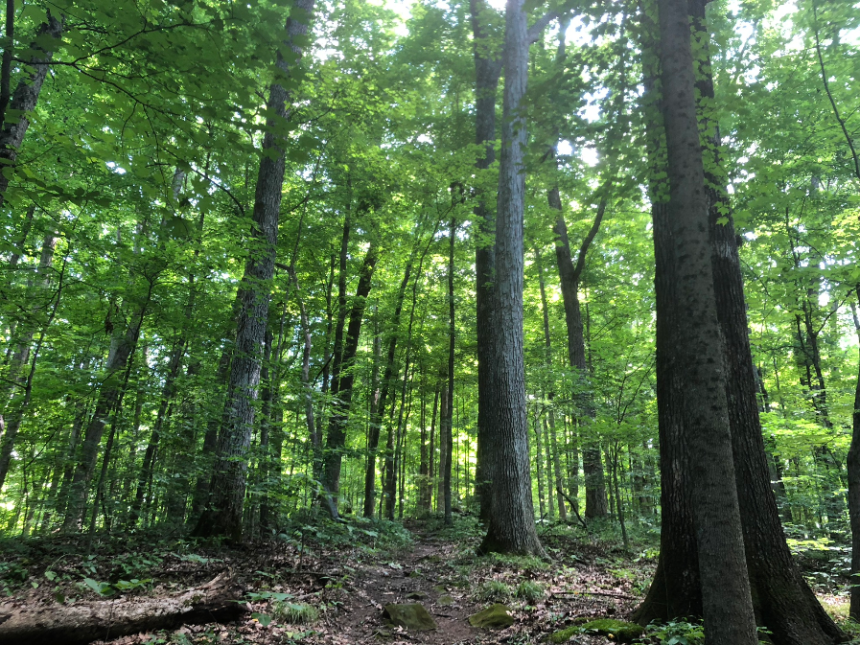 There are five hiking trails on the property. Three are across the street from the house in the Selma State Nature Preserve and two are near the house. I hiked part of the Peckerwood Trail to the Whippoorwill Haunt Trail. Both trails are rated at difficult to moderate due to the decent in to the ravine and the accent back out of it. At one point the Tecumseh Trail diverges from the Whippoorwill Trail. I also hiked the two trails near the house, the Wildflower Trail and the Trail of Silences. They both also have decent elevation change, but not to the extent of the other two trails. The trails were well marked and I loved how well cared for they are – I only found two pieces of trash in the 2 and a quarter miles that I hiked!!

I want to go back and hike the Inspiration Ridge Trail and check out the new visitor center once it is open. I highly recommend not passing the sign for 8+ years before stopping to explore T.C. Steele State Historic Site. It is definitely worth the time, especially if you enjoy art and history as much as hiking.