The first time I went to Yellowwood State Forest was back when I was still in college and my dad told my mom we’d only be gone for a couple hours and would be back in plenty of time for a family dinner she had planned for that evening…..lies. Four hours after we’d started hiking, we still weren’t back to the car. Mr. I Don’t Plan Things picked one of the longest trails that is entirely in Yellowwood State Forest as well as the longest hike I’d ever done up till that point. The Lake Trail is 4.5 Miles long with enough hills to wear out two people that are out of shape when it’s a thousand degrees outside (80 with 100% humidity). Plus the trails aren’t marked the greatest in places so we may have done parts of other trails as well. Long story  short, we barely made it in time for dinner and mom was not pleased.

Yellowwood State Forest is located off of SR-46 between Nashville (Indiana) and Bloomington. The roads through the state forest used to be all gravel and dirt, but even after a fight waged by the locals, the state paved the roads last year (2017). I personally miss the dirt clouds and the goal of avoiding potholes – it was half the appeal of visiting the forest.

While in college, Jess and I would go after class sometimes and hike for a certain amount of time along the Lake Trail and then turn around or hike the Jackson Creek Trail (1.5 miles). We’d also go just to drive around the state forest and enjoy being in the woods. 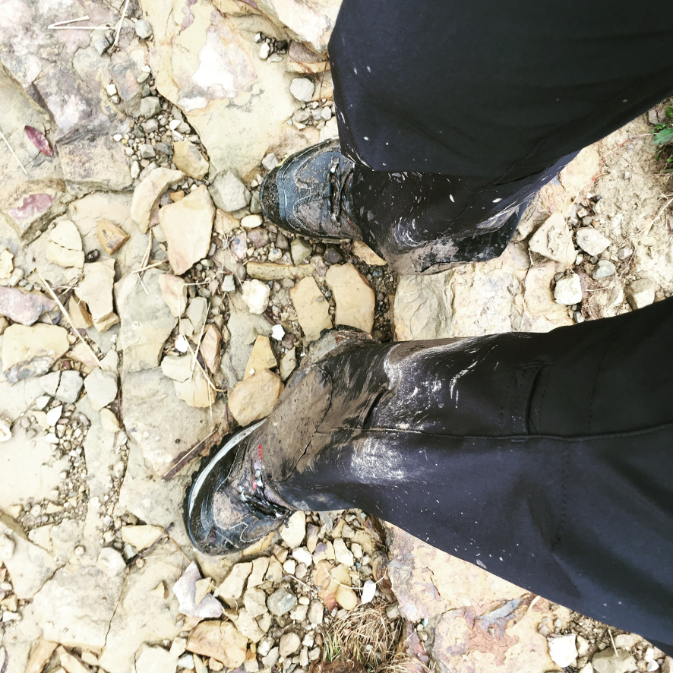 The trails get really muddy after it rains and at times certain areas are flooded because  the lake is high. Jess and I’s trips to Yellowwood typically fell when the trails were at their muddiest and we’d end up laughing more than hiking because the mud kept trying to keep our hiking boots.