I have a confession to make: the beginning of this month I was obsessed with baldness – bald geographical features that is. Haha! But seriously, it dawned on me afterwards that two of the places I hiked within 6 days were balds: Andrews Bald at Great Smoky Mountains National Park and Mount Baldy at Indiana Dunes National Lakeshore. 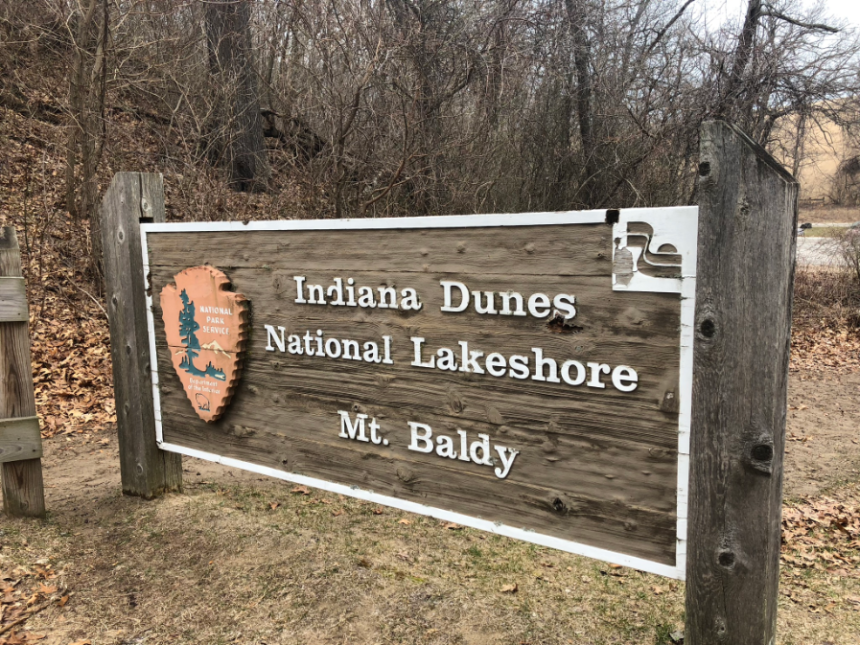 Mount Baldy is a bald dune on the shore of Lake Michigan  (vegetation does not grow on it – it’s “bald”). It moves inland an average of 4 feet a year while the lake facing side is disappearing due to the sand not being replenished by the waves hitting it. Because Mount Baldy swallowed a young boy back in 2013 (he’s okay, the dune gave him back after four hours) scientists did some investigating and found that when trees are covered up by the moving sand it creates holes, like the one the boy fell in. The trail to the summit of Mount Baldy was then closed. In recent years it has been re-opened, but only via ranger led hikes, which occur daily on summer weekends.

Since I went on a Friday and it definitely was not summer, there was not a guided hike to the summit, so I did the Mount Baldy Beach Trail. It’s about a mile round trip depending on how far you walk along the beach.

From the parking lot, its obvious how much Mount Baldy has shifted over the years. It won’t be long before the parking lot will have to be redesigned. 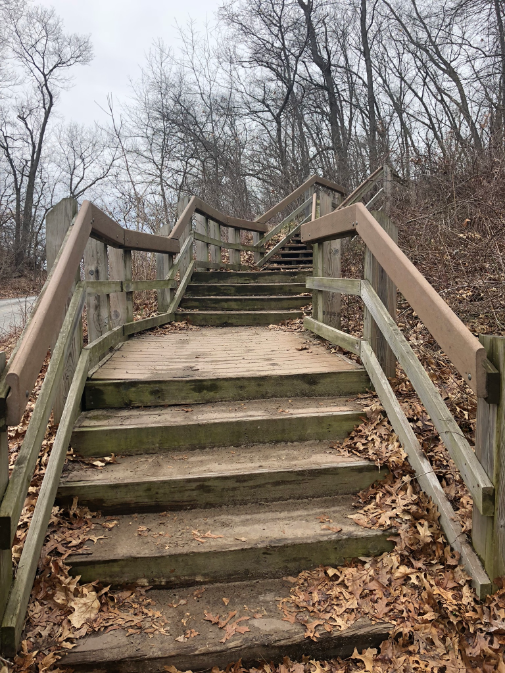 The trail begins near the entrance to the parking lot.

The trail to the summit of Mount Baldy is blocked off and signs are posted warning of the danger of walking on the dune. 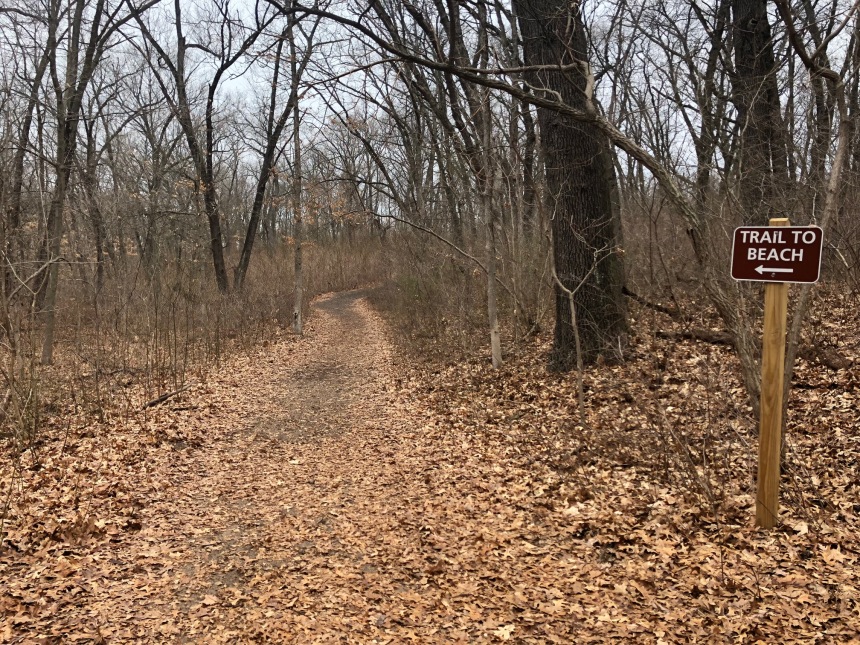 No matter how many times I hike a dune, I always forget how challenging it is.

But, nothing beats that first glimpse of water peaking out on the other side of the dune. 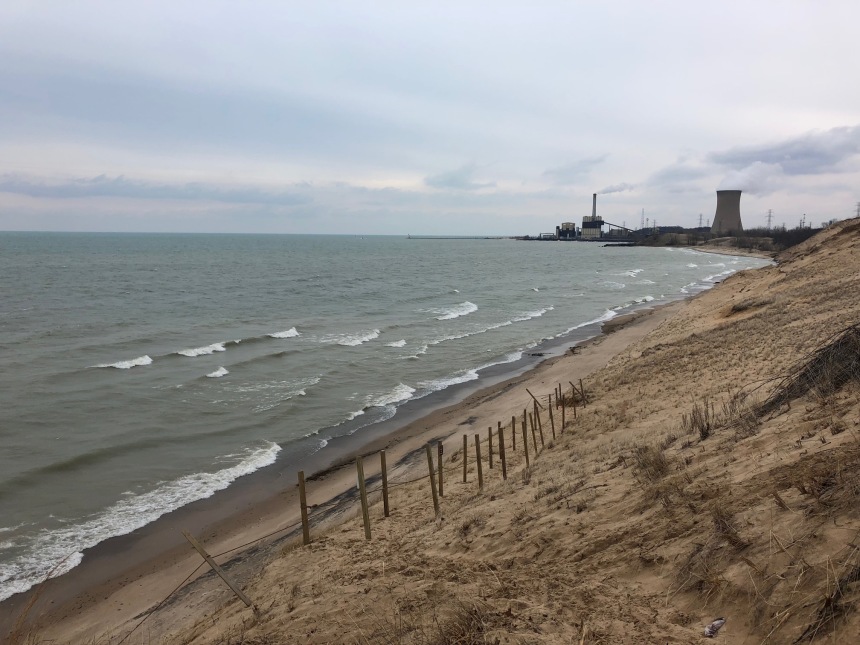 The factories to the east juxtaposed the natural landscape of Mount Baldy. 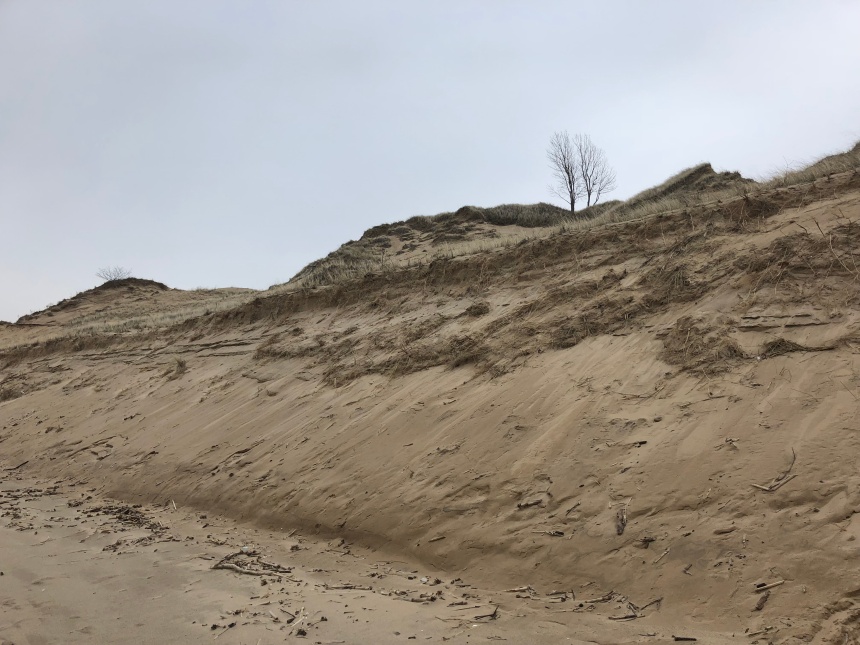 The wind was so strong it made it difficult to stand on the exposed beach for very long. One hand was snapping pictures with my phone and the other was holding my hat on my head.