Natural Bridge State Resort Park was our second stop during our weekend spent in Kentucky. We spent less time there than planned due to our hike in Red River Gorge being more challenging than anticipated and because dogs are not allowed on most of the hiking trails in the park due to their nature preserve designation.

We hiked the Original Trail (Trail 1), which according to the sign is “The shortest and easiest route to the Natural Bridge.” 30 minutes and half a mile of hiking straight up later we were standing under the Natural Bridge sucking wind. Okay, so we weren’t quite to the point of sucking wind, but we were close.

In 1985, the Lexington & Eastern Railroad built the Original Trail, the campground, and operated the park until the company donated it to the state in 1926. Natural Bridge State Resort Park is one of the original state parks in Kentucky. 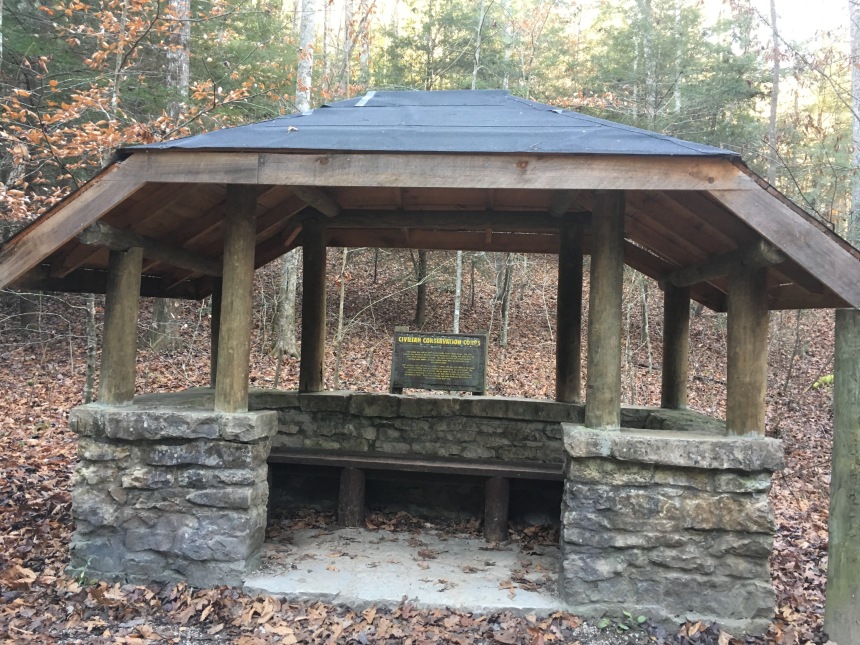 When I had done research on this trail, I learned the Civilian Conservation Corps had built three of the five shelters along the trail. I was curious why there was a need for shelters along a half mile trail. However, in hiking the trail it became obvious why – you might need to stop and take a break. (How I missed the part where the same site says “Elevation change of 420 feet.” is beyond me.) 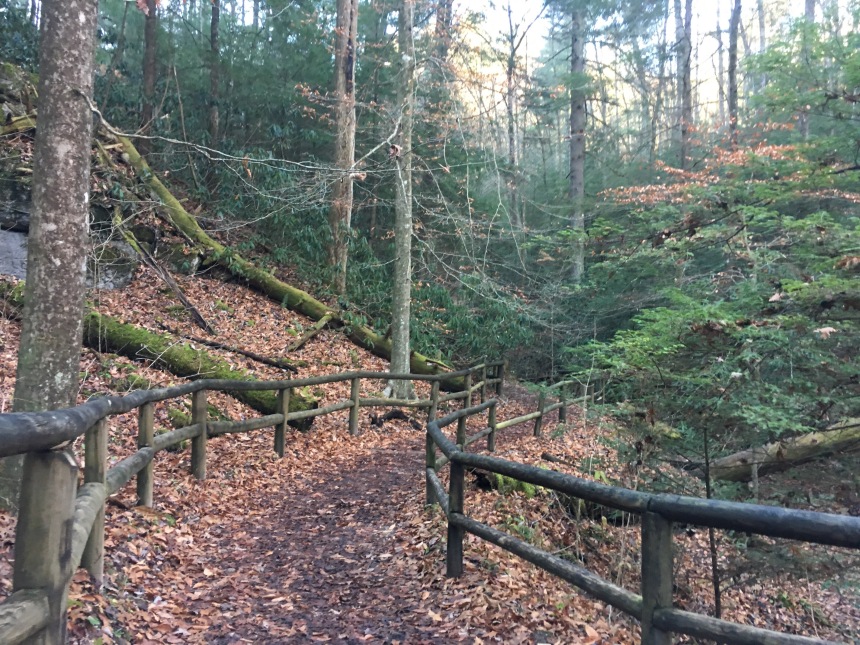 Mom and I poked along, looking at the vegetation and reading the signs about the wildlife – Mom was thrilled to learn there are 18 species of snakes in the park. Shawn and Dad were focused on making it up the incline, it was only on our way back down that they started noticing things along the trail. 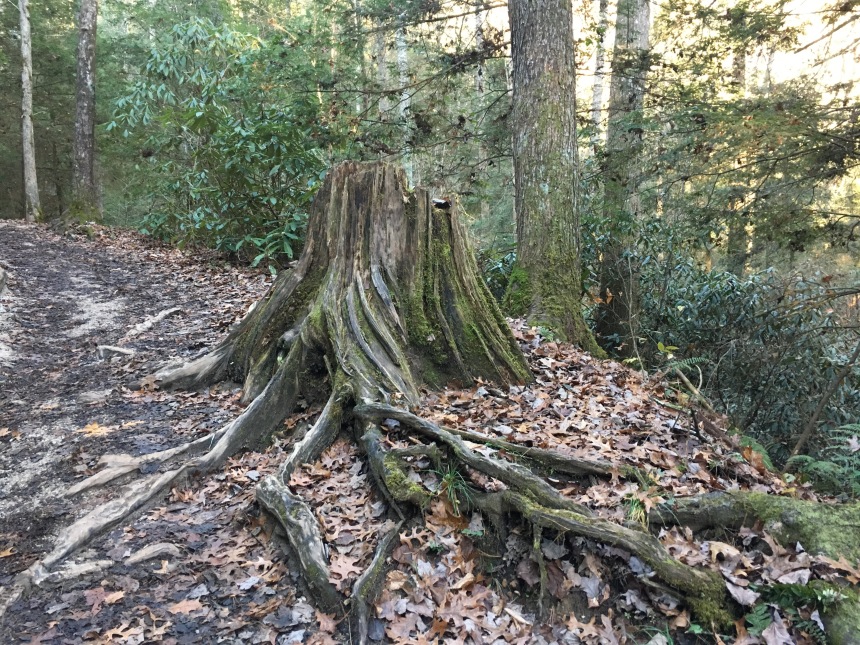 I really liked the uniqueness of the the shelters.

To reach the top of the natural bridge there are some steps. 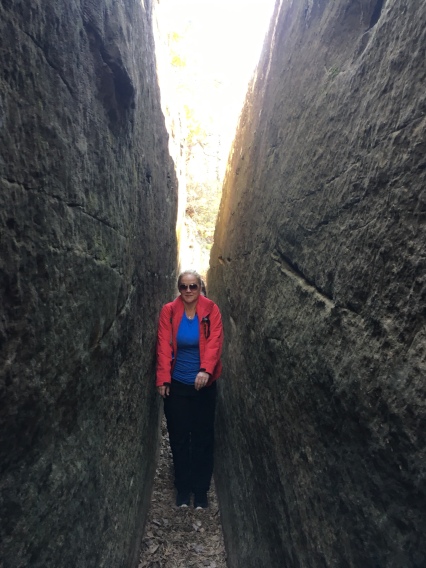 Then you have to squeeze thru here and go up some more steps. 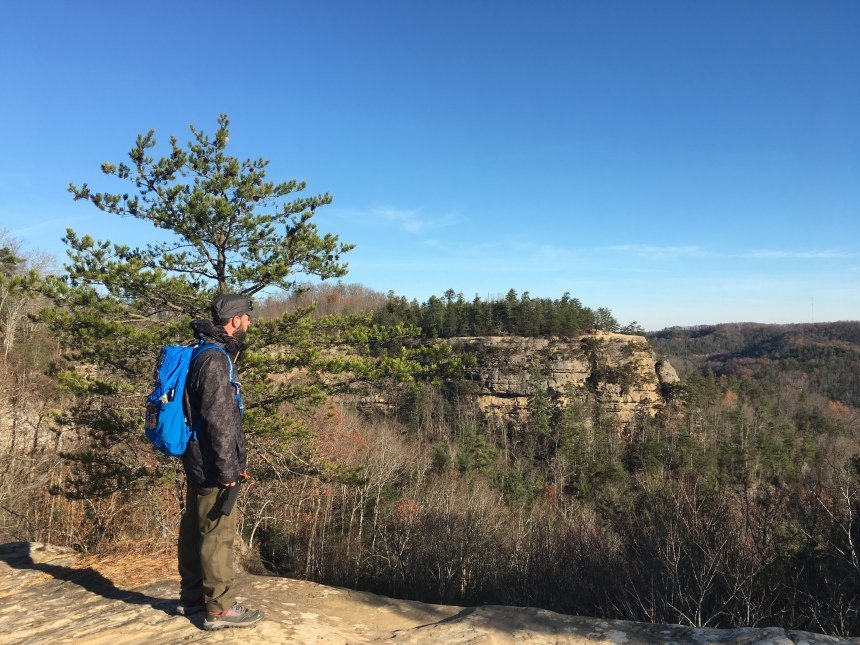 Walking across the Arch, you wouldn’t know there was nothing below you. It feels more like walking along a ridge. 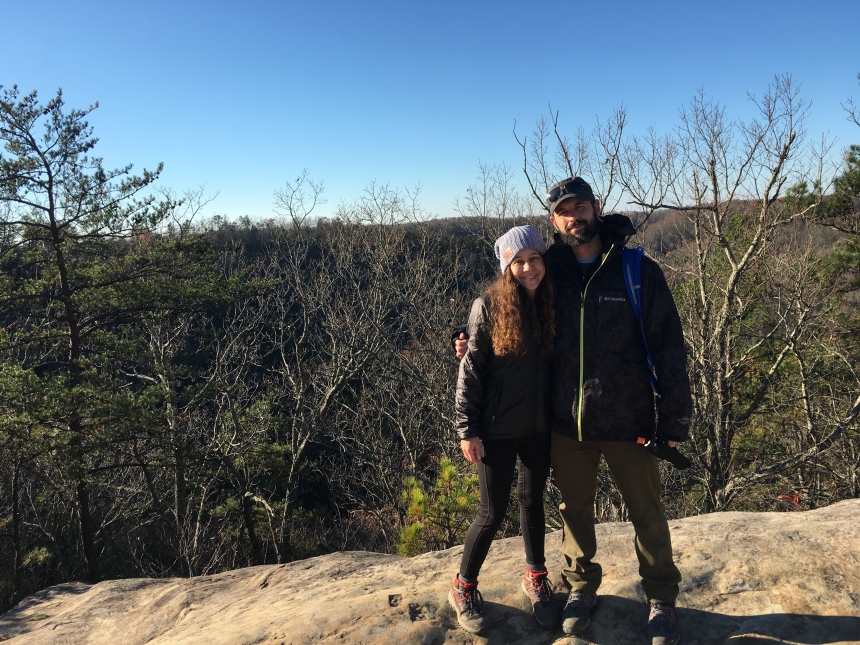 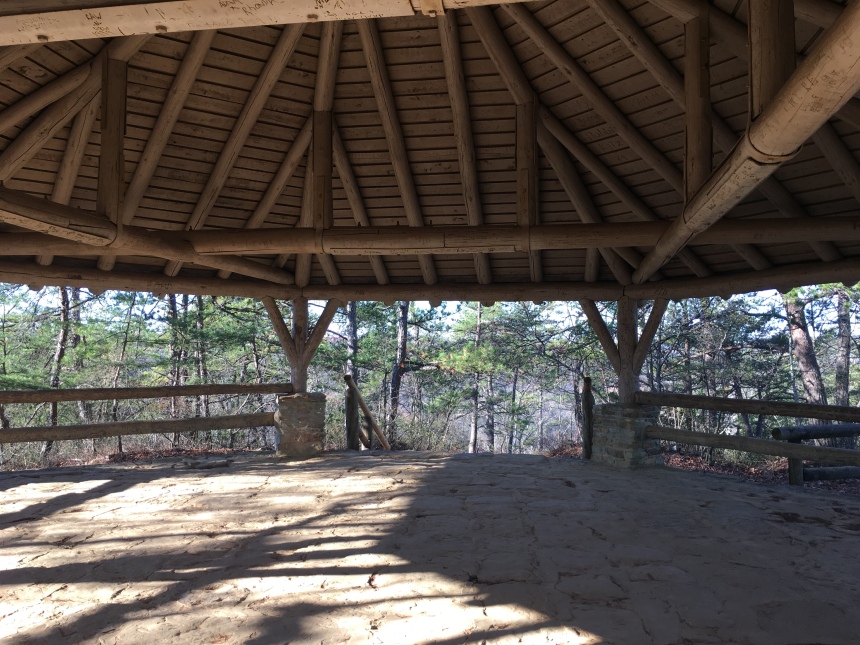 The fifth, much larger shelter is located near the top of the natural arch.

From here you have the option of hiking back down the Original Trail (Trail 1), which we did. Or you can hike Trails, 5, 9, or 2. If we had had more time, I would’ve liked to have done Trail 2 to Balanced Rock and then turned around and hiked Trail 9 all the way to Lovers Leap and then taken Trail 3 back down to the trail-head. It’s on my bucket list for the next trip 🙂

Click here if you would like to see the Trail Map for Natural Bridge State Resort Park.