Mount Washburn trail has officially made it on my list of top 10 favorite hikes. You start out with amazing views and by the time you reach the summit they become incredible. On a clear day, you can see Grand Teton mountain over 50 miles away. I didn’t get that lucky with the weather, but I was still blown away with how far I could see.

Mount Washburn and Mount Sheridan mark the north and south end of a volcano that blew 600,000 years ago. That eruption created the Yellowstone Caldera.

There are multiple ways to the top of Mount Washburn. I chose to drive to the end of the public section of Chittenden Road and start from the parking lot. The road continues to the summit, but is open to official use only. The road is gravel up until the parking lot and then it becomes half gravel, half dirt. For those who don’t wish to hike, the views from the parking area are worth the drive. There is a map of the trail at the trail-head as well as a pit toilet. 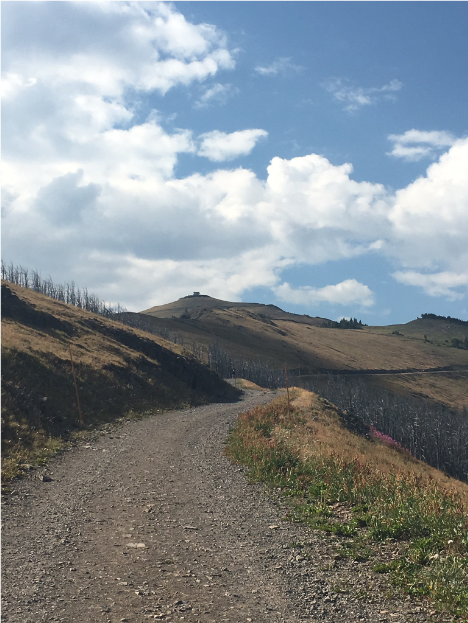 The route from Chittenden Road climbs nearly 1,500 feet in 3.1 miles and while it’s gradual it still can be a lung buster at times. I highly recommend doing this hike in the morning as the entire trail is exposed to the sun and wind. You also don’t want to get stuck in an afternoon thunderstorm. Mount Washburn is known for it’s alpine wildflowers. Even in mid-August there were still a lot of them along the trail. They were beautiful. 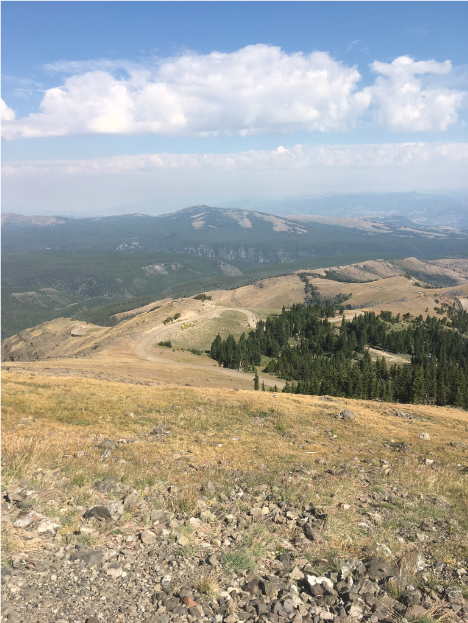 A heard of big horn sheep live on Mount Washburn most of the summer. They managed to elude me. 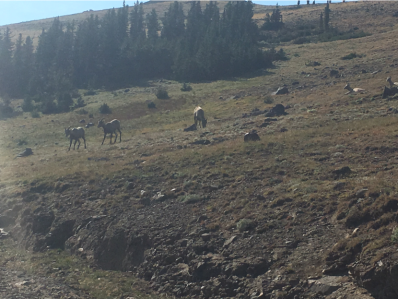 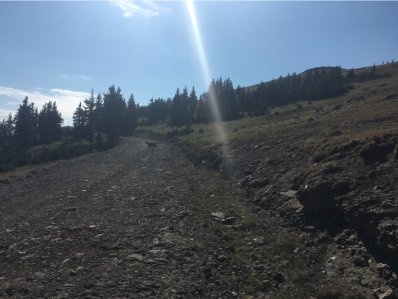 I did however, get to see a small heard of Pronghorn. I had never seen one before and it was fun watching them cross the trail. Pronghorns are related to antelope and goats. They are “the fastest land animal in North America” according to the National Wildlife Federation. Hard for me to believe since it too the herd 10 minutes to go from one side of the trail to the other – to be fair, it did look like they had just woken up from a nap.

Closer to the summit of Mount Washburn I passed a few patches of snow.

Hiking Dunraven Pass Trail is another option for reaching the summit of Mount Washburn. The trail used to be a road that Model T Fords drove to the summit back in 1905. Next time I visit Yellowstone, I want to hike this route to the summit.

On top of Mount Washburn is a fire tower. It is one of three fire towers in Yellowstone that are still active. The Park Ranger who was stationed there was milling around on the summit and answering peoples questions. The public is not allowed in the top (3rd) level of the fire tower as it is the residence area, but we are allowed in the other two levels. The first level is an interpretive center with telescopes to view the scenery and a visitor book to sign in. There are also restrooms and a water fountain. The second level is a balcony where you can also take in the view. 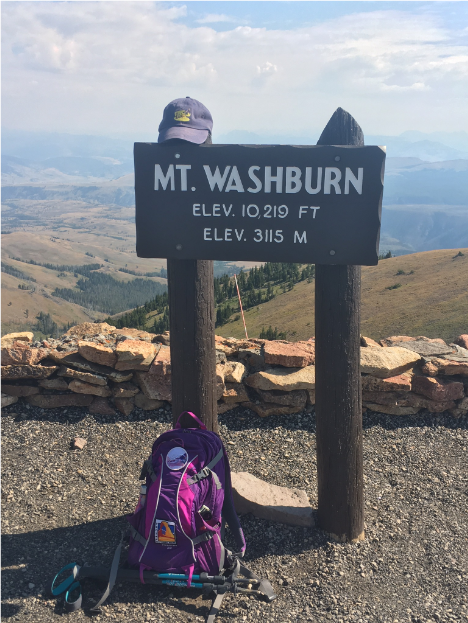 Making it to the summit of Mount Washburn was one of my favorite accomplishments of the trip – I can now say that I have hiked to the top of what remains of an ancient volcano.